She is a 5th grade student who is obsessed with the occults. She summoned The Black Witch by mistake thank to a stuffy nose (she was trying to summon a "cupid"). Now she has to be Gyubid's student to become a black witch. Even though she doesn't want be a witch, she is very good at spells and making magic circles. She is commonly called by nickname "Choco" by her school friends. After episode 5, she is a fifth rank black witch and she wears a red Jumber. In episode 26, she elevates to fourth rank and third rank in episode 56.

She is Choco's familar black cat.
She gain ownship by give her a new name in black witch costume (she formerly belong to a magic peddler, original name was Kuu). 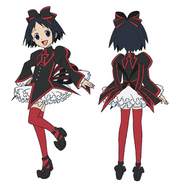 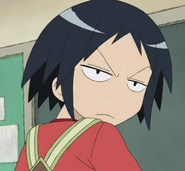 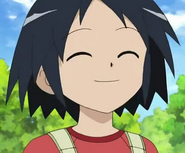 Chiyoko made Rabi her familar 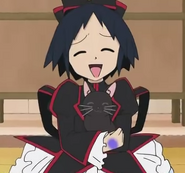 Chiyoko's witch hat after Gyubid announced she is now a fifth rank witch. 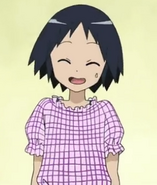 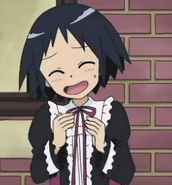 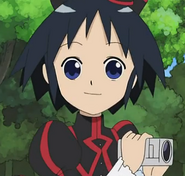 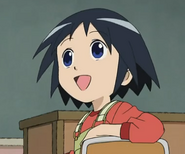 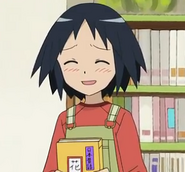 Add a photo to this gallery
Retrieved from "https://kuromajosangatooru.fandom.com/wiki/Chiyoko_Kurotori?oldid=11964"
Community content is available under CC-BY-SA unless otherwise noted.