A Black Witch from the Spirit World that Chiyoko

accidentally summoned. She refuses to go back until she trains Chiyoko to become a Black witch. She loves Gyubie dolls, which are rare dolls and very expensive. She has a familar black cat named Mew Mew and she has white hair goes down to her right eye.She wears a Black cape with a Hood, a Black Cashmere Coat, Black Gloves and Black boots. Her voice actress is Romi Paku (Japanese) 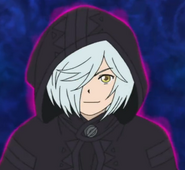 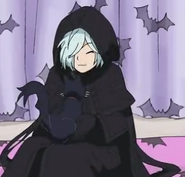 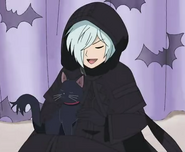 Choco, Gyubid and Kyou who revealed to be a wizard. 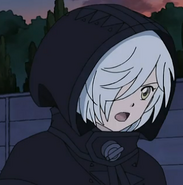 Add a photo to this gallery

Retrieved from "https://kuromajosangatooru.fandom.com/wiki/Gyubid?oldid=12104"
Community content is available under CC-BY-SA unless otherwise noted.